We spent our holiday in Munich. Munich is the third biggest city of Germany (after Berlin and Hamburg) and has a lot more to offer than the Oktoberfest, Munich’s beer Festival. We went for the architecture …
This is part 1 of our trip to Munich, the outskirts of Munich. 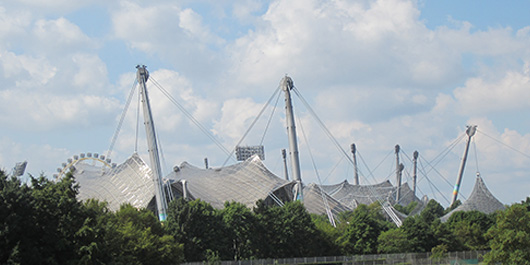 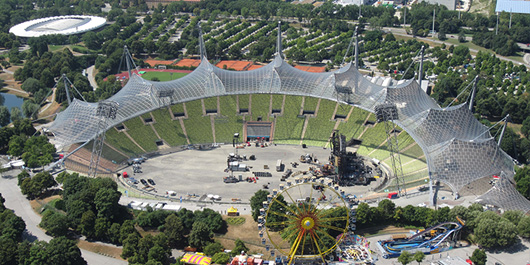 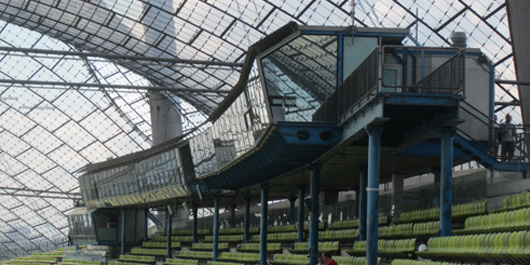 The Olympic site, where the Olympic Games were held in 1972, is still in very good shape. It was revolutionary at the time with its tent roof of acrylic glass, an imitation of the Alps. You have a pretty good view over the area from above the Olympic Tower. The Olympic stadium and the swimming pool are still in use.  The Olympic Stadium was the home of FC Bayern Munich until they moved to their new stadium, The Allianz Arena. 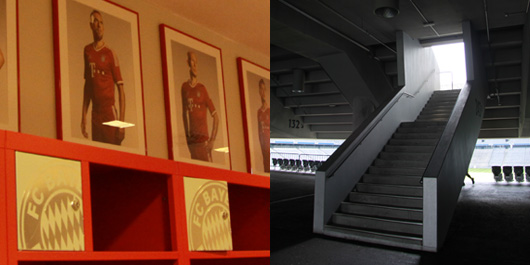 We saw the Allianz Arena model in LEGOLAND the day before.  The Allianz Arena opened in 2005 and was designed by Herzog & De Meuron. It’s a huge illuminated body. The football stadium is situated in an open landscape to the north between the airport and downtown Munich. The skin of the luminous body consists of large, shimmering white, diamond-shaped ETFE (the material they used) cushions, each of which can be illuminated separately in white, red or light blue. It became an urban landmark even for people who are not interested in football. 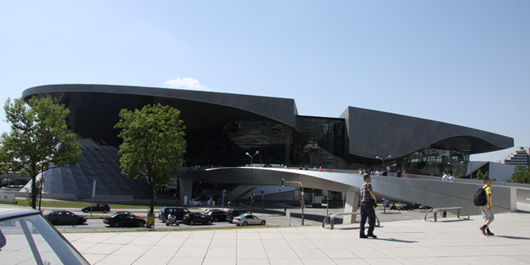 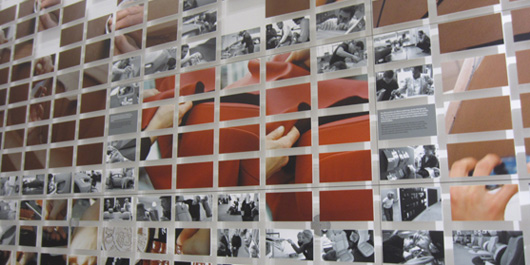 At the entrance of the Olympic Park you can visit BMW Welt and Museum. Immerse yourself in the world of BMW, luxury, beauty and history.  The competition for the BMW Welt was won by COOP HIMME(L)BAU, it’s a large transparent hall with a sculptural roof and a double cone. But the key task of BMW Welt isn’t to amuse me or any other tourist, but to deliver cars and to entertain the buyers. If you buy your BMW in Munich you can pick up your brand new car in this fantastic building, parade through the building and exit in style!